July’s selection is Born a Crime by Trevor Noah.

Trevor Noah’s unlikely path from apartheid South Africa to the desk of The Daily Show began with a criminal act: his birth. Trevor was born to a white Swiss father and a black Xhosa mother at a time when such a union was punishable by five years in prison. Living proof of his parents’ indiscretion, Trevor was kept mostly indoors for the earliest years of his life, bound by the extreme and often absurd measures his mother took to hide him from a government that could, at any moment, steal him away. Finally liberated by the end of South Africa’s tyrannical white rule, Trevor and his mother set forth on a grand adventure, living openly and freely and embracing the opportunities won by a centuries-long struggle.

Born a Crime is the story of a mischievous young boy who grows into a restless young man as he struggles to find himself in a world where he was never supposed to exist. It is also the story of that young man’s relationship with his fearless, rebellious, and fervently religious mother—his teammate, a woman determined to save her son from the cycle of poverty, violence, and abuse that would ultimately threaten her own life.

The stories collected here are by turns hilarious, dramatic, and deeply affecting. Whether subsisting on caterpillars for dinner during hard times, being thrown from a moving car during an attempted kidnapping, or just trying to survive the life-and-death pitfalls of dating in high school, Trevor illuminates his curious world with an incisive wit and unflinching honesty. His stories weave together to form a moving and searingly funny portrait of a boy making his way through a damaged world in a dangerous time, armed only with a keen sense of humor and a mother’s unconventional, unconditional love.

The Brentwood Book Club meets on the second Tuesday of the month. Ask for a copy of the current selection at the desk. Newcomers are always welcome and no registration is required.

The Brentwood Book Club meets on the second Tuesday of the month. Ask for a copy of the current selection at the desk. Newcomers are always welcome and no registration is required. 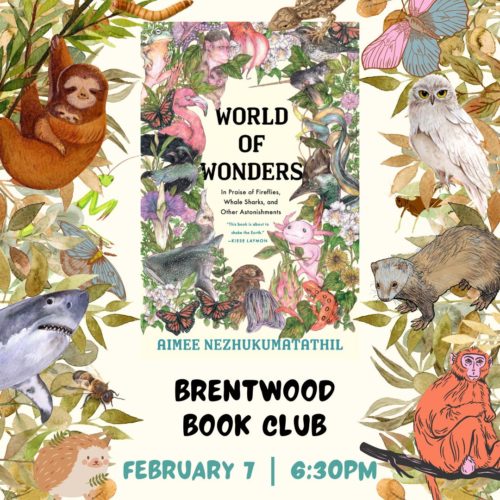 For February, we will be reading World of Wonders by Aimee Nezhukumatathil. Ask for a copy at the circulation desk. Newcomers are always welcome and no registration is required. We will be meeting at the Brentwood Rec Center, 2505 S. Brentwood Blvd, 63144. END_OF_DOCUMENT_TOKEN_TO_BE_REPLACED
Feb
8
Wed
3:30 pm Meet Murphy the Reading Dog
Meet Murphy the Reading Dog
Feb 8 @ 3:30 pm – 4:15 pm 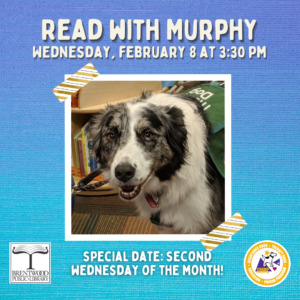 Read with Murphy Wednesday, February 8 at 3:30 p.m. Special Date: Murphy will visit the library on the SECOND Wednesday of February. Murphy is a C.H.A.M.P. therapy dog who loves to hear you read. Stop by the library and meet Murphy! This event is free to attend and no registration is required. END_OF_DOCUMENT_TOKEN_TO_BE_REPLACED
Feb
9
Thu
9:30 am Children’s Yoga
Children’s Yoga
Feb 9 @ 9:30 am – 10:00 am 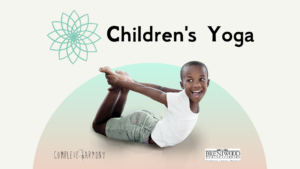 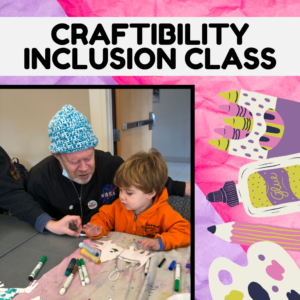 This event will be held at the Brentwood Parks and Recreation Center (2505 South Brentwood Blvd. Brentwood, MO 63144 – Room C). Craftibility Foundation’s mission is to teach youth to be comfortable around adults with special needs through arts and crafts. For children 16 months through 6 years old. The class is comprised of a story, songs, and a craft based on the book. Children are assisted by adults with END_OF_DOCUMENT_TOKEN_TO_BE_REPLACED
Feb
13
Mon
6:00 pm Valentine’s Day Story Time
Valentine’s Day Story Time
Feb 13 @ 6:00 pm – 7:00 pm 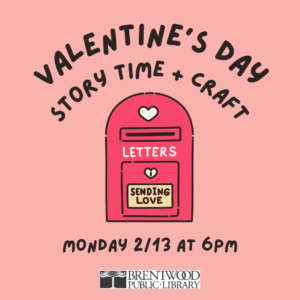 Valentine’s Day Story Time and Craft Monday, February 13 at 6:00 p.m. Children and families: Come listen to some sweet Valentine’s Day reads at this special story time. Kids will also make their own valentine to give to a loved one. Best for ages 5 and under, but open to children of all ages. This event is free to attend and no registration is required. END_OF_DOCUMENT_TOKEN_TO_BE_REPLACED
Feb
14
Tue
9:30 am Toddler Story Time
Toddler Story Time
Feb 14 @ 9:30 am – 10:00 am 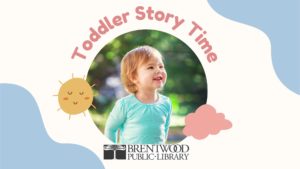 Join us Tuesdays at 9:30 a.m. for 30 minutes of songs and stories! Story times will be held in the Children’s Room at the Brentwood Library. END_OF_DOCUMENT_TOKEN_TO_BE_REPLACED
6:30 pm Library Board of Trustees Meeting
Library Board of Trustees Meeting
Feb 14 @ 6:30 pm – 7:30 pm
The library board meets monthly on the second Tuesday of the month. The meeting will be held at the Brentwood Public Library, in the meeting room. This is a public meeting and all are welcome to attend. END_OF_DOCUMENT_TOKEN_TO_BE_REPLACED
Feb
16
Thu
9:30 am Children’s Yoga
Children’s Yoga
Feb 16 @ 9:30 am – 10:00 am 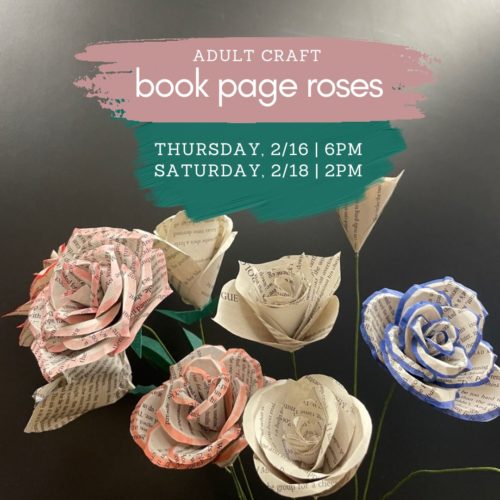 Join us Saturday, February 18 at 2pm to make roses from recycled book pages! Space is limited so registration is required. Call the library at 314-963-8630! END_OF_DOCUMENT_TOKEN_TO_BE_REPLACED